Significantly advancing the expansion of the grid

The benefits at a glance

Decentralization, smart grids, digitization and interoperability are the major issues for energy suppliers. They offer enormous opportunities, but are at the same time the greatest challenges for an industry undergoing an epoch-making transformation process. The necessary acceleration of the network expansion places the highest demands on software tools and demands resilient standards as the basis for data exchange, quality and efficiency.

Whether IEC 61850 for the description of digital substations, IEC 81346 for the plant structure or IEC 61355 for meaningful document identification and structure: standards are helpful if they can be implemented efficiently. In many cases, however, the engineering software is not yet far enough advanced for the savings potential of the standards to be fully exploited, or even exploited at all.

In addition, a "life" of 50 years is common practice for a substation. They are characterized by a number of conversions and extensions. Keeping plant documentation up to date is a huge challenge, especially when using file-based systems.

Secondary as well as protection and control technology usually works clearly separated, each in its own, usually document-oriented system; although all primary devices and their designations naturally reappear in secondary technology. This means that relevant data must be transferred either via XLS lists or manually from one system to another. This takes time and gives rise to mistakes. 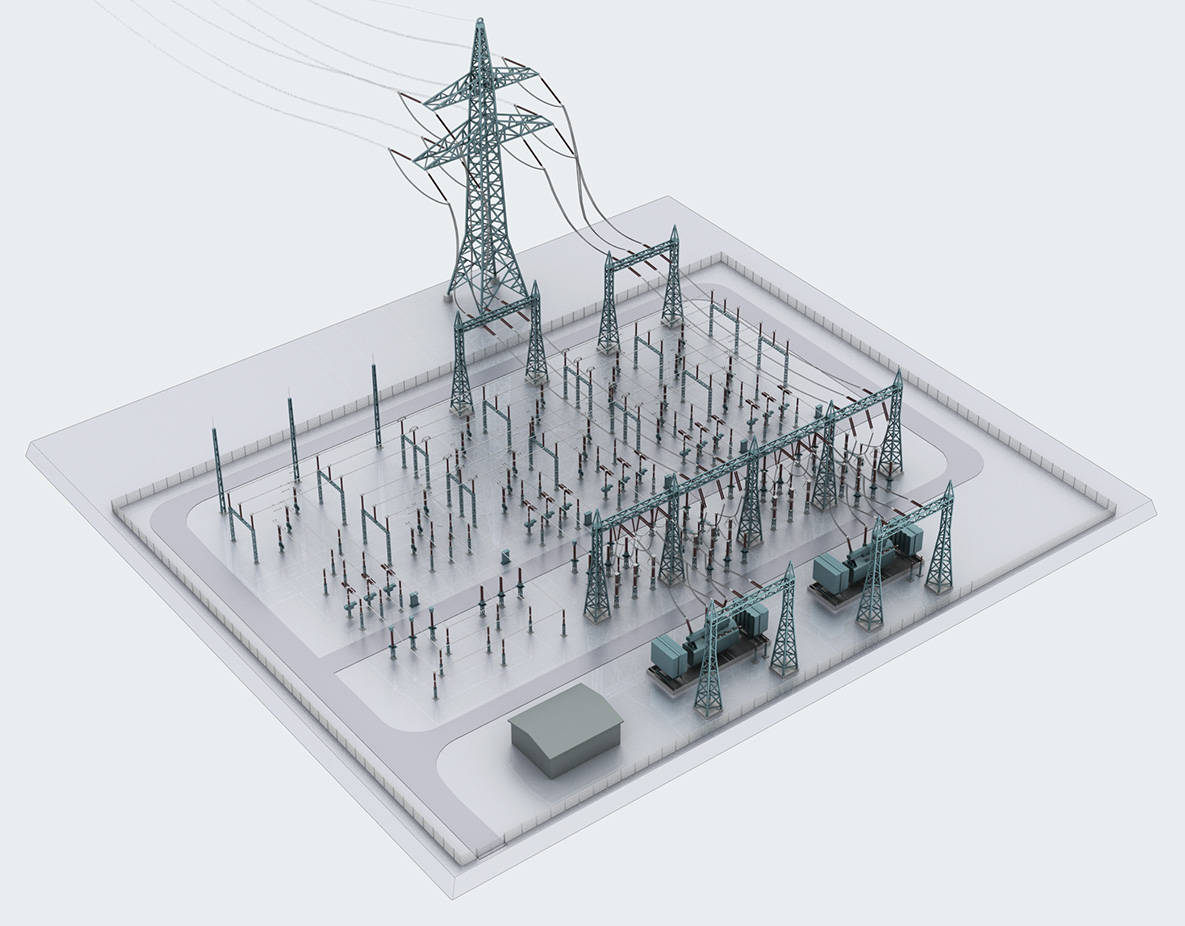 Whether operator, manufacturer, EPC or supplier: with PTD Plant, the cooperative platform Engineering Base (EB) provides a comprehensive solution for all users in power transmission and distribution who want to accelerate their processes and be equipped for the future. From primary technical pre-planning to secondary technology including cabinet routing to control system configuration and efficient conversion support: the more complex the project, the greater the efficiency gain with EB.

The solution is based on over 30 years of experience. AUCOTEC's classic system RUPLAN is known as the industry standard in Germany, the Czech Republic and Slovakia. The automatic creation of all subsequent documents, such as the specific equipment diagram for energy suppliers, is a matter of course in both systems. The value of AUCOTEC's experience is also shown by the so-called EVU guideline (guideline for energy suppliers), which is the consensus in the industry. It was and is written by AUCOTEC in close cooperation with users. And it is reflected in EB's comprehensive, standards-compliant content.

Digital twin: data instead of documents

Thanks to data centring and object orientation, EB can be used to create high-voltage primary technology devices even in the design phase. The plant model allows objects to be developed before a circuit diagram is drawn. Error-prone double entries are eliminated. A pilot project has already shown how easy it is to use plant design information in EB. It was developed in cooperation with Primtech, whose software covers the primary technical planning. The data can be automatically transferred to the secondary engineering, where EB turns it into a corresponding single-line representation. It is the basis for the further detailing of the plant model.

Changes to the primary technology are immediately apparent to the switching experts, just as they are to the protection and control technology. EB also enables their specialists to enter all IEC 61850-relevant information for the high-voltage devices. Primary, secondary, protection and control technology thus use EB's digital twin of the substation as the "Single Source of Truth". This allows them to view and further edit the planning status at any time.

New Standard in the Standard Conversion

As consistent as EB's workflow is, it would be nothing without the efficient implementation of the relevant standards. EB succeeds in this and thus sets a new standard for efficiency. The platform contains all the basics for a standard-compliant wiring manual, including suitable templates.

One example is IEC 81346, which specifies the plant structuring. File-based systems cannot easily map the complete association structure. EB, on the other hand, enables consistent, transparent reference designations according to location, product and functional aspects, including all associations. This information is automatically passed on to all subordinate objects. IEC 61355 can also be fully mapped. The high level of integration of the standard in EB makes it possible to link the naming of the document level to the aspects of IEC 81346 so that the documentation trees are consistent at all times. This is unique!

EB also complies with IEC 61850, which defines a uniform, manufacturer-neutral description of digital substations. The goal is a more integrated engineering process – in other words, made for EB! In addition to its understanding of the Substation Configuration Language SCL required by the standard, EB highly efficiently supports the configuration of the control level and any device replacement, as it is directly reflected in the documentation, including the protection and control concept. EB automatically generates the IID file (Instantiated IED Description) of the IED (Intelligent Electronic Device).

EB also shortens turnaround times in plant modelling: with function-oriented standard modules (typicals) that guarantee high data quality. The typical does not contain individual devices, but complete functions including associated sheets, devices, cables, wires and logics. It is handled "in one piece" in EB's Advanced Typical Manager. This reduces the existing data inventory by up to two thirds. Since options and variants can be stored separately as circuit components, the typical quantity is also significantly reduced. Control input and errors are significantly minimized, and the plant can be configured virtually at the push of a button. This has led to almost 75% time savings for a large network operator.

In order to be able to keep its documentation up to date throughout the "life" of a plant, with EB's "Execution Management" AUCOTEC has developed an exceptionally consistent solution for engineering and documenting conversions. Due to EB's central database, which serves as a hub for all information of all participants, each article of the plant is represented by just one object in the data model. Therefore, any change is immediately visible in any view of the object, whether Explorer, table, or graphic. In addition, for conversions and extensions, sub-projects can be outsourced for editing without affecting the current documentation. During the subsequent import of the modified project, EB ensures consistent data integration into the new as-built status. If there are data conflicts, a tool immediately shows the discrepancies in detail. Such consistent conversion support is unique.

In addition to the "big" topics mentioned above, EB PTD Plant also contains some highly relevant work simplifications and accelerators, some of which have been developed in close cooperation with AUCOTEC customers. For example, automatic routing of the optimum cable run in the cabinet with simultaneous length calculation and EMC testing. Or Advanced Data Tracking, which ensures an overview of both interdisciplinary changes and collaboration with external parties. It automatically shows when, where and by whom what was changed on individually configurable lists with exact attributes. Or also the Smart Diagrams, which type the sheet objects and enable new graphic services for each type, e.g. the tool palette.... 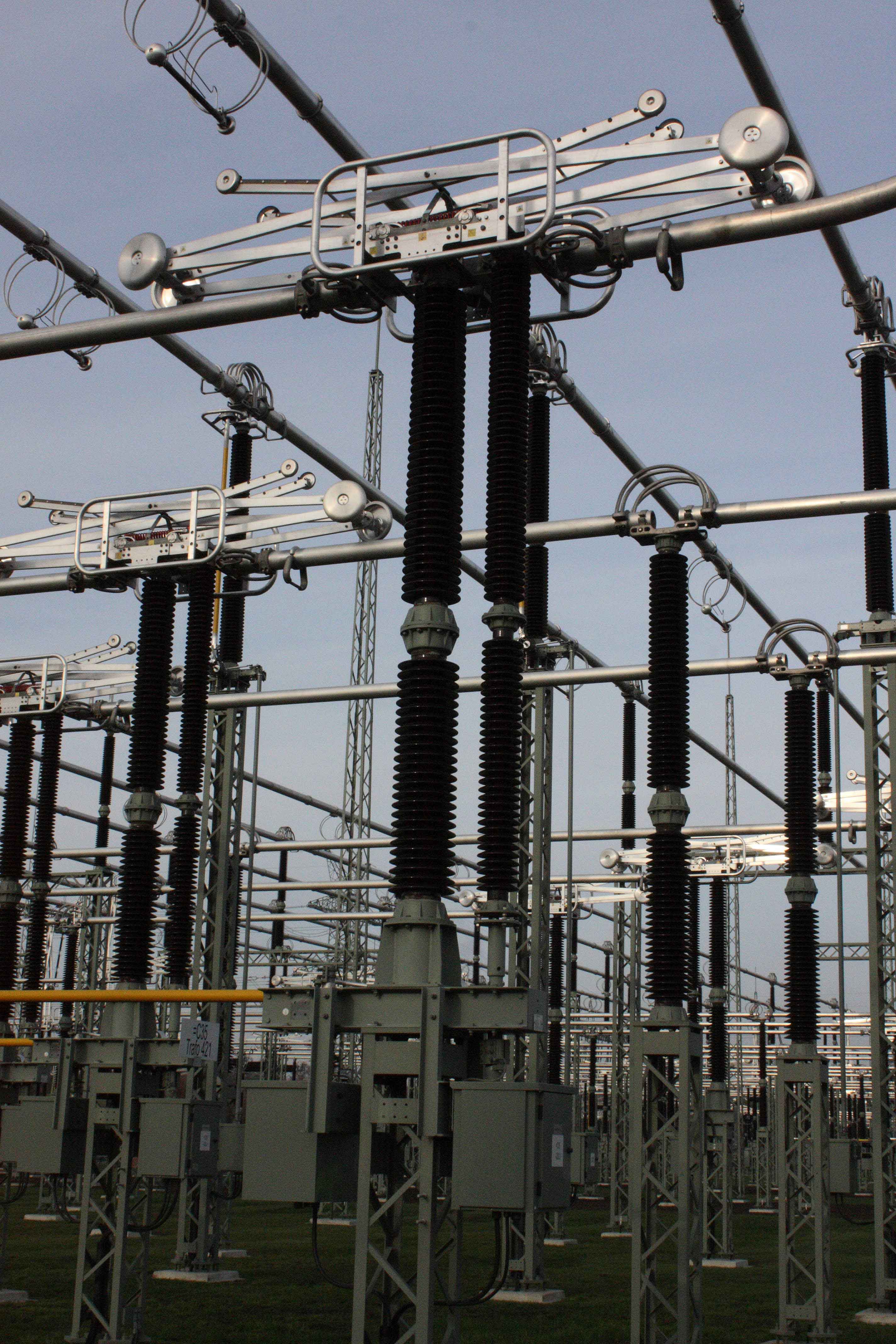 The "little brother" for the core of the engineering

If you do not need the full package for the complete workflow in power distribution engineering, you can still benefit from EB's data-centred plant model principle. Particularly in international applications, the entire spectrum is often not necessary, as is the case with smaller projects. AUCOTEC therefore offers an EB-PTD variant that provides pure detail engineering without pre-planning support and execution management – of course just as standard-compliant as the overall solution!

In addition to the proven equipment diagram, EB PTD Detail offers further highlights from the complete plant package: e.g. the above-mentioned IID file generator according to IEC 61850, cabinet routing, data tracking and smart diagrams. In addition, the cross-connection diagram is enormously helpful for the detail engineering experts. This special wiring diagram, part of the wiring manual according to the guideline for energy suppliers, supplements the terminal block diagram. Together, they map the entire wiring of a plant in the cabinet and thus create a unique overview.

EB PTD Plant covers the entire engineering workflow for power transmission and distribution in a practical and future-oriented way. Here EB's principle of data orientation saves an enormous amount of time, eliminates errors and minimizes coordination – between colleagues in the same department as well as between primary, secondary and protection and control technology. The quality of the data is considerably improved. They are the centre, the linchpin for all participants, instead of "lying dormant" in folder systems and different PDF or XLS formats.

The reduced variant EB PTD Detail offers the same basic advantages including content for energy suppliers, but concentrates on detail engineering without pre-planning and execution management. For example, in smaller projects or in an international environment, resources can be used purposefully and costs saved.