Decades of experience and innovation for security of investment

The name RUPLAN as a synonym for "computer-aided drafting" marks the first CAD system ever. The former AEG Software GmbH launched it onto the market in 1983. Since 1997, the system has been part of the AUCOTEC portfolio and has been consistently further developed. For example, into the first engineering software that was able to implement the international standard DIN-EN 81346.

An important factor in the success of RUPLAN is the distribution through the energy supply sector: no other system has maintained similar customer proximity over the decades. The utilities working group ("EVU-Arbeitskreis") of AUCOTEC experts and a large number of users from the energy industry has significantly shaped the development of the software and is still taking it forward today. Since the turn of the millennium, the focus of RUPLAN development has been on increasing efficiency in the documentation process. 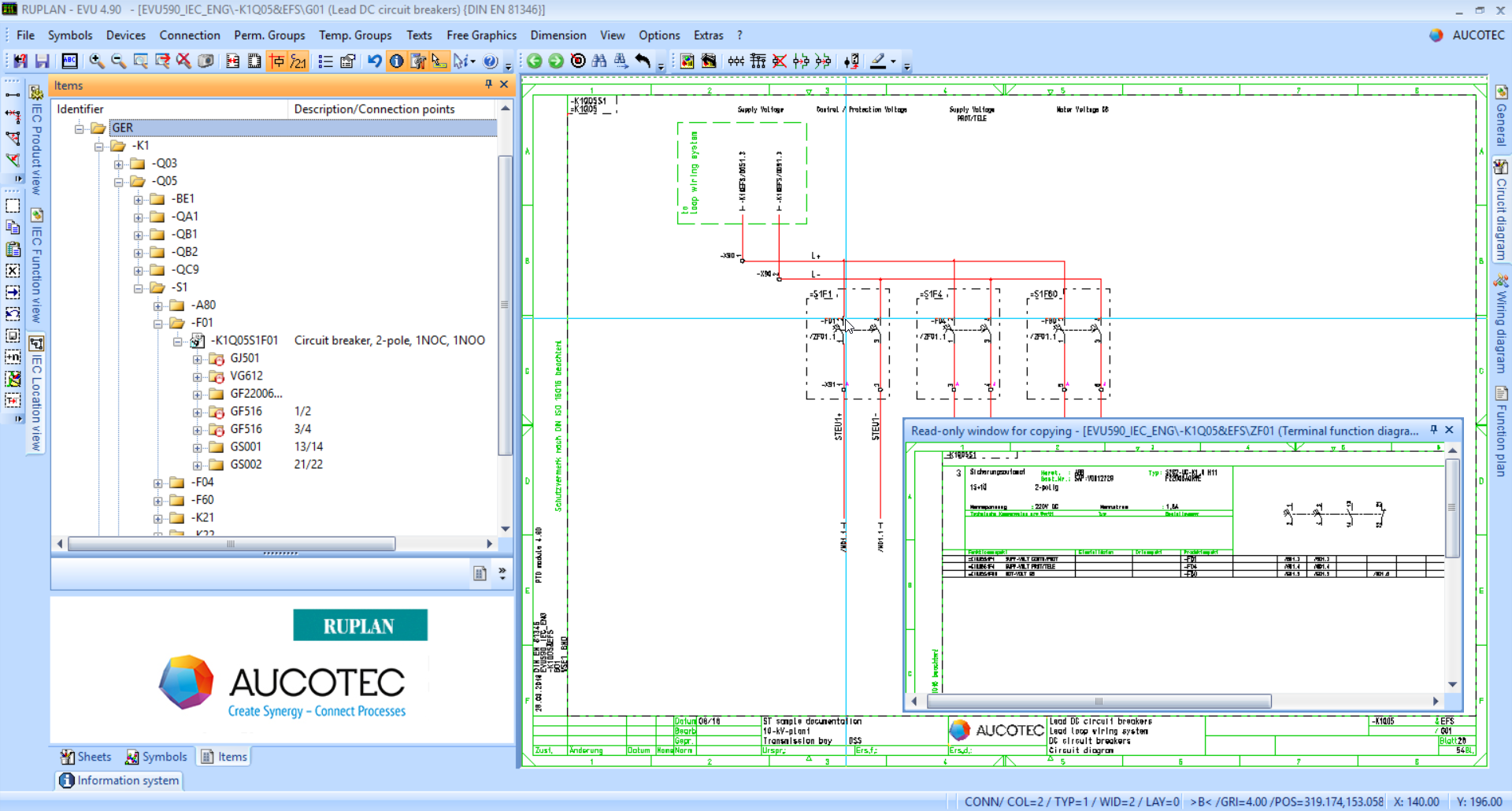 For over three decades RUPLAN has been successful in the market as a well-engineered, highly efficient tool for the production of electrical documentation, primarily in the utilities sector. Its standardized symbols in the Basic Symbol Library (Basis-Symbol-Bibliothek BSB) developed based on the DKE master file specially created for the Deutsche Kommission für Elektrotechnik in accordance with DIN EN 60617. They are now the basis of both the RUPLAN symbol library and for the symbols in the power version of Engineering Base.

Right from the beginning, ELCAD has been data-compatible version by version and represents long-term security of investment. The entire operating philosophy is focused on intuition and efficiency. RUPLAN is always at home on the latest Microsoft WINDOWS version. Continuous development and quality management ensure performance and reliability.

As a result, RUPLAN delivers intelligent PDF files in which entire projects are summarized in a navigable way, but also other popular formats such as DWG.

RUPLAN is popular in Europe and used worldwide. Almost every substation in Germany has been planned and documented with RUPLAN EVU. Today RUPLAN is used wherever EVU-compliant electrical documentation is required. The system supports all current standards for the documentation of electrical plants and primarily the EVU standards are part of the basic capabilities of the system.

Due to its flexibility, in addition to the EVU sector, RUPLAN is also used in plant engineering for automotive production, for on-board power supply development in the automotive industry (RUPLAN-KABI) and in rail vehicle planning (RUPLAN-LOC).

RUPLAN-KABI is a system that has proved its worth over decades for the integrated planning of cable sets. The user support ranges from the circuit diagrams to the assembly board.

Long-standing users in the commercial vehicle sector are for example MAN, IVECO or VDL, in the special vehicles sector Rosenbauer, HAKO or KMW.

Thus, for example, RUPLAN-LOC provides functions for line numbering and bundle assignment and generates lists for the production process.

Long-time users are both manufacturers such as Bombardier or Stadler as well as operators such as the Swiss Federal Railways SBB.