Control systems (DCS/Distributed Control System) regulate plants like a brain that controls and regulates "its" body down to the smallest detail. The DCS programming is as complex as the plant control. Multi-stage data transfers and a lot of manual work have been necessary up to now to transport the necessary logic information to the DCS. The lack of seamless data exchange between different engineering systems is an annoying source of error and has long been identified as THE cost-driving "bottleneck" for engineering efficiency. This also makes the plant commissioning considerably more difficult.

For the signals of the sensors to trigger the intended effect on the actuators, the DCS must know the corresponding logics. It "learns" this from the function chart or logic diagram that is fed from the specifications in the individual objects in the flow diagram (P&ID). The function chart (FUP) is the basis for generating the code that configures the control system of the desired manufacturer. However, the transmission of the logics to the appropriate automation system is today still mostly done manually and in several stages: From P&ID to FUP and on to DCS. If devices, signals or other conditions change, the work required for data maintenance is enormous. Even without changes, this phase is very time-consuming and error-prone. 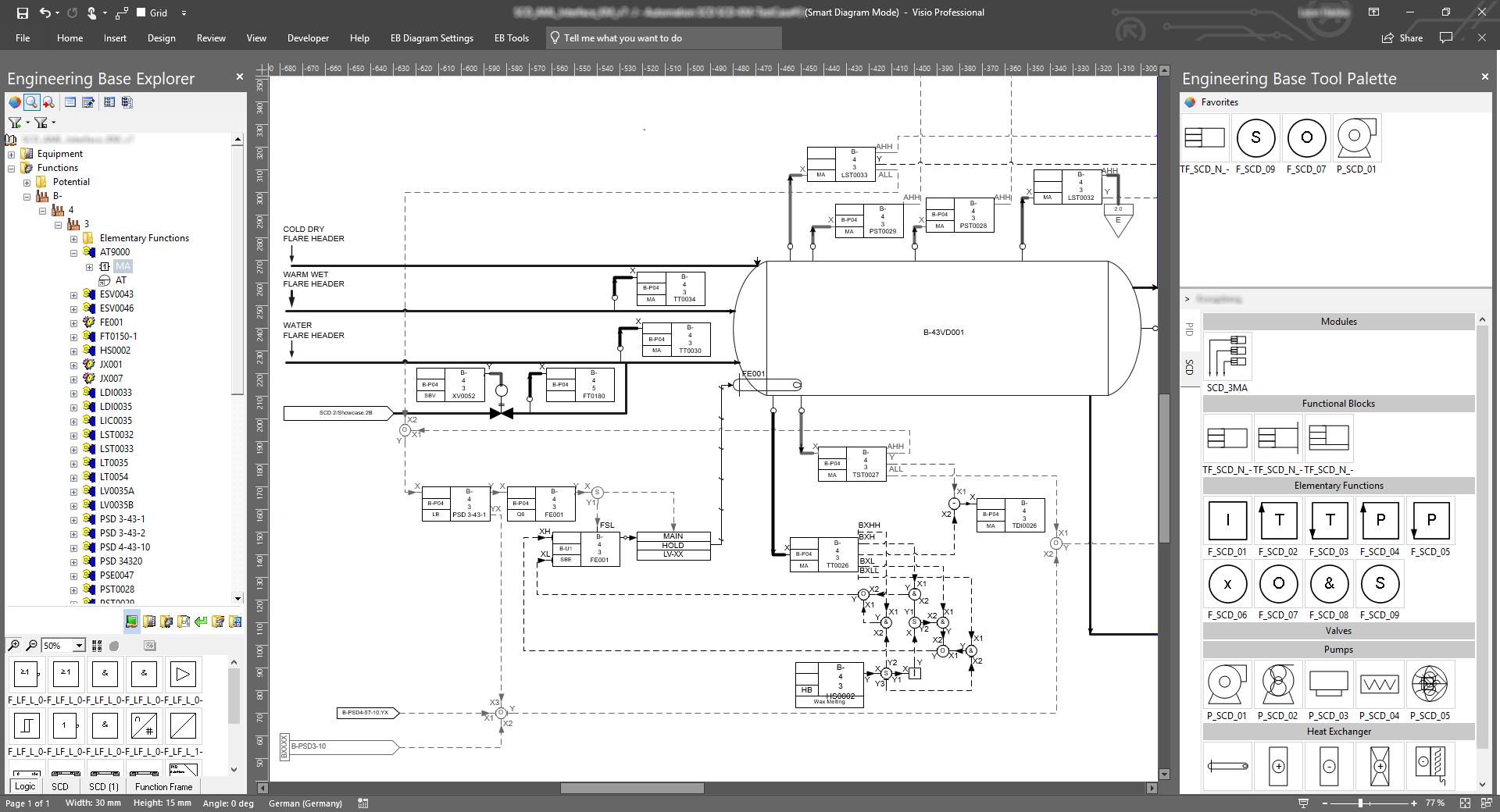 With AUCOTEC's cooperative, object-oriented Engineering Base (EB) platform, these logic connections can be easily defined as objects in the database or on a diagram and the control system programming can be derived from this. In cooperation with AUCOTEC customers, a solution has been developed which automatically transfers the logic information to the control system.

The north shows the way

In Scandinavia's oil and gas sector, where AUCOTEC customers such as Kongsberg Maritime (KME) and Equinor (formerly Statoil) are based, DCS logics have long been designed in so-called SCDs (System Control Diagrams). An SCD is virtually a P&ID broken down into controllable elements that also maps the logical functions and connections. In addition, an AutomationML-NORSOK library was created for these diagrams planned under the NORSOK standard. The data created with Engineering Base in the SCD can thus be transferred to the DCS in a defined format (AML library) together with logic and connections.

EB's versatile data model, which allows DCS-relevant logics to be mapped in CAE in the first place, is a prerequisite for this. The platform unites all core disciplines of plant engineering in this uniquely integrated and cooperative model. No conventional CAE system has previously, like EB, been able to display all the information required to "feed" a control system in a graphic and from there process it further in the subsequent planning process.

In Scandinavia, the SCD is currently still usually created in separate tools or in pure Visio. Only with EB's "single source of truth" is it possible to seamlessly use the device objects and instrumentation of the P&ID in the SCD. Another big advantage of EB is that the same objects can later be reused in the Cause-&-Effect (C&E) matrices for commissioning, which in turn help with DCS programming. This means that even in the commissioning phase, the complete documentation is easily accessible and can be customized both quickly and easily at the same time. This creates previously unknown consistency.

In addition to the control system configuration, EB also massively shortens the commissioning phase – thanks to bidirectional connection with the DCS and a fully integrated solution for always up-to-date C&E matrices. This is the only way to enable automated automation and virtual commissioning. This approach is unique!

The function and process information already merged in the EB-SCD thus graphically describe the DCS programming. And the automation ML standard forms the bridge to the DCS used. The free, neutral and flexible data format allows the development and transfer of various engineering information from and to different areas. With an AML editor, you can build up an AML library in EB that has no limits. Types, pins and roles can be defined individually or follow the NORSOK standard. EB exports the SCD data based on the library into an AML file at the push of a button. This data is then interpreted by the automation system, which also understands AML.

The understanding of Automation ML is only one of the many "languages" that EB has learned as a connection to the control systems. However, the DCS portal of the cooperative platform offers further bridges to systems such as ABB 800xA, Siemens PCS 7 and IEC 61850 and is also freely customizable due to its generic approach. Whatever further integration is needed, EB can incorporate it into its portal. 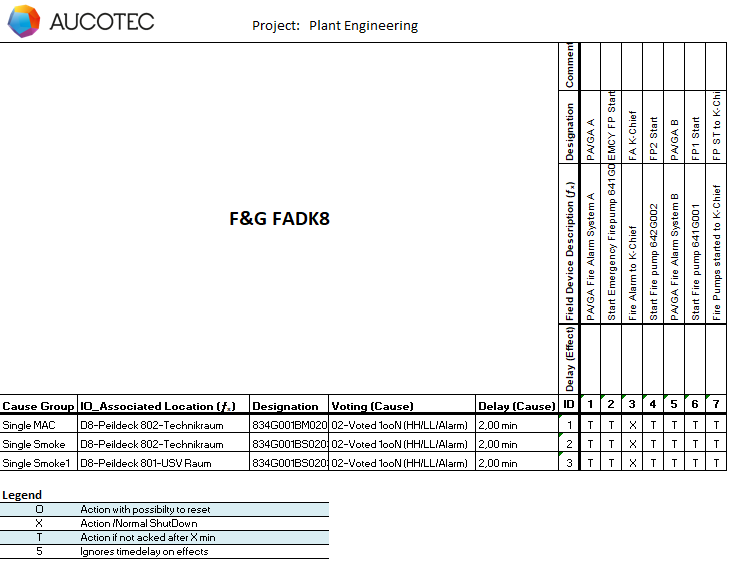 The use of the AML library under the NORSOK standard saves the construction of own definitions, individual extensions being possible.

With the direct use of the SCD as the source for the control system programming and cause-and-effect matrices, a function chart becomes obsolete in many cases.

The combination of these skills results in a massive, highly valuable gain in time and quality as well as freeing up resources for more projects. In addition, EB's understanding of the supplier-neutral AML format ensures its interoperability in the long term.

Instrumentation & Control in the Engineering Base Plant Solution